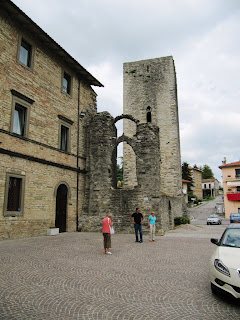 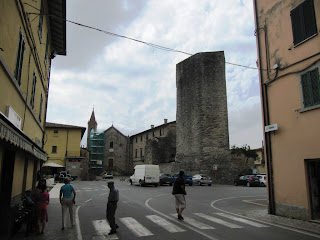 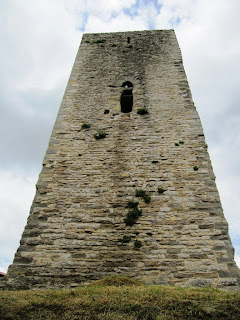 Another small town visited during our trip to see Montone was this small village high in the Umbrian hills at the end of a windy road that led to a small piazza. The main feature of the city is an 8th century Rocco Longobardo or Longobard (Lombard) Stronghold (or Fort).

Side Bar: The Longobards came into existence as a barbaric group of some 200,000 in the mid-6th Century; their origins are not clear, but could have been a Teutonic or Germanic group. The Longobards followed the Vandals, Goths and Visigoths. Their capital was Pavia, a city south of Milan. By 595 the Lombards controlled two thirds of Italy. Pope Gregory (Gregory the Great) negotiates a peace between the Lombards and Byzantines, but by 752, King Aistulf takes over the Byzantine stronghold of Ravenna. By this time, the existing Pope Gregory appeals for help from the Franks (French). King Pepin invaded Italy and defeated the Lombards in 754.

As the photo shows, the “Fort,” as in many hill-top towns and cities in Italy (and elsewhere), is a fortification against invading forces. None that we have seen, is fully intact, but one can visualize how the defenders kept its vigilance against their enemy. This Fort, today, conveniently houses a Pastry shop.

Another sidebar: Gubbio is a good example where the cavities in the ancient walls were transformed into modern boutiques; it is interesting to see the juxtaposition of the old with the new. The owners have kept the architectural design by maintaining the arches.

While sitting to enjoy a Gelato, we had an opportunity to talk with several of the local residents, in this case, all men, who were born and raised in Pietralunga. There are only a few hundred residents, mostly farmers, but also metal workers. One man, overhearing that we were Americans, spoke up in perfect English to introduce himself. He lived in Australia for 15 years returning a few years ago to resume his life in his home town. Another guessed at my age, I thanked him as he guessed it was 9 years younger than I am. He quickly added that he was 82 and began to explain what he did and had to show me where he lived.

Another sidebar: Throughout our visits to these small towns, as well as in the cities in which we have spent lots of our time, we have found the people, warm, gracious and wanting to engage in conversation. Sadly, at first, they thought we were Brits, which was a normal assumption because there are a number of Brits to visit this part of Tuscany/Umbria. Many Brits, Australians and even some Americans have established residence in many of these small towns. We can understand why: it’s a gorgeous, peaceful and picturesque area of Italy. 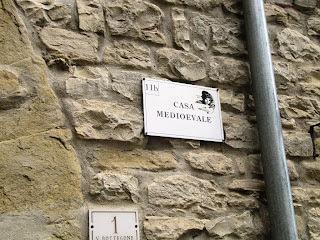 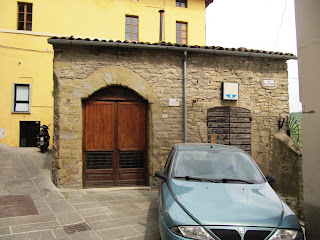 Photo is a photo showing the sign on a medieval house and the house. 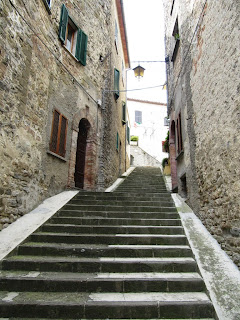 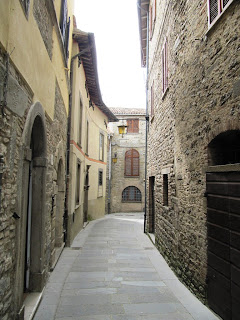 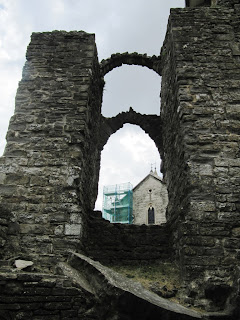 Photos are street scenes.
Posted by AJ at 5:13 PM