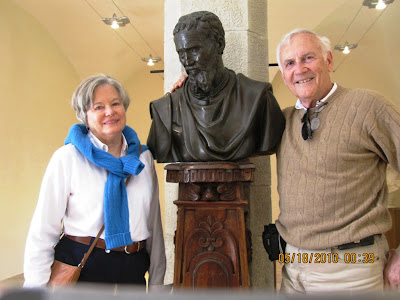 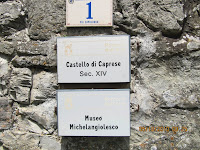 We fell in love with a new place in Italy and, as soon as I can negotiate the price for a piece of land, we will soon start thinking of a construction project to build a home in this incredibly beautiful and peaceful area. It is a picture postcard of where one would want to live or raise a family. It's a community of 1600 residents living in an area where, had it not been that Michelangelo Ludovico Buonarroti was born, the town would not be on the map - and it most likely would have another name, but it doesn't dispel our dream of living in this area. The narrow streets limit the movement of traffic other than small vehicles, and the vistas from practically any direction over the valleys below are, green and lush, and at an altitude that might just keep the bugs from invading our space.
To get to the Casa where Michelangelo was born, there was quite a walk up a rather steep hill, but once there, the views were extraordinary. 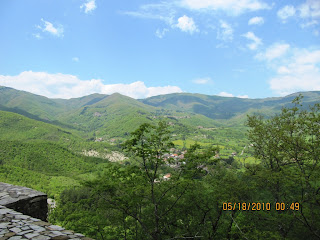 Michelangelo's father was the Podesta of the community, which is equivalent of being the Mayor, Chief of Police, Judge, etc., all rolled into one. They lived in a modest home, but for the region it would have been considered grand.
I spent a lot of time talking with Gilberto, the ticket man, guard, and greeter, all in one. Gilberto spent several years in Atlanta, Georgia, so speaks English quite well, but he married a Cuban woman, so his Spanish is quite fluent. We spoke in Italian and Spanish - and sometimes both in the same sentence. I wondered about the number of tourists who visit - and there are many, he said, despite the narrowness of the streets. Buses would have to park down below - and there are no elevators. Caprese, the word derives from Capre, which is the word for goat and, according to Gilberto, the area thrived in goats during the period of and after the birth of Michelangelo. 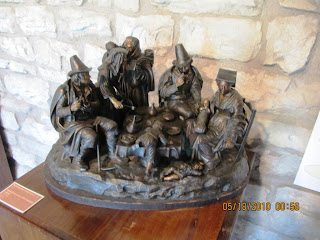 The museum has a number of castings of Michelangelo's work and, in a very simplistic way, narrates the history of this genius. There's a painting that depicts the fall of Michelangelo's mother during her pregnancy with Michelangelo. The reader is left with the question, What if? 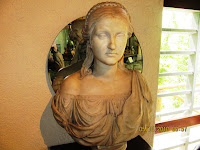 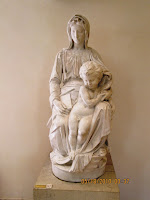 Anyway, here are some photos - and I'll try to send a number of them to give you an idea of the beauty of the small town. 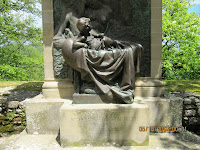 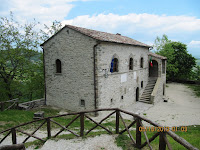 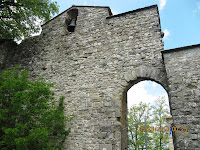 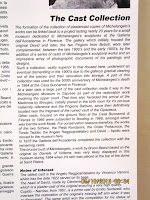